Dutch still life is not just a masterful depiction of kitchen utensils, flowers and dishes. There each object acquires a special meaning, becomes an integral part of the composition, which, in addition to aesthetic pleasure, gives a viewer the opportunity to read the hidden message. It became a canon, which not only required the artist to master the complex technique of multi-layered painting, but also the knowledge that he shared on canvas.

We will introduce you to the mysteries and symbols that are hidden in the paintings of Dutch artists. And also we will tell you about the history of this direction and the technique of painting still life pictures, where every detail looks real.

Dutch and Flemish still life of the 17th century 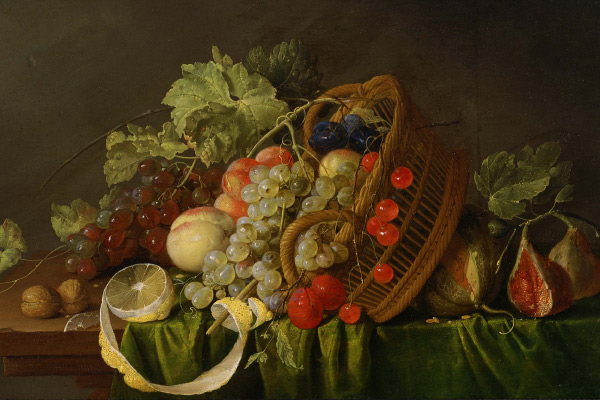 Still life first appeared as an independent genre of fine art, ceasing to be only a part of the paintings plot in Holland and Flanders of the 17th century. One of the main reasons for that was Protestantism, with the advent of which the image of the saints` faces lost its relevance. Instead, images of flowers, fruits and game began to gain widespread popularity, which not only differed in a high level of detail, but also carried deep religious overtones or didactic meaning.

The early artworks of this genre were distinguished by an abundance of dishes and utensils, which was reminiscent of its recent origins. After all, before that it was only part of the solemn tables in group portraits. Over time flowers and more modest dishes began to appear more and more often in the paintings of Dutch artists. Moreover, various thematic areas of this genre began to form, each of which had its own specific attributes and symbols. We talk about them in more detail below.

The Dutch still life has attracted the attention of art lovers for several centuries. Indeed, in addition to the accurate transmission of light and shade and the objects texture, it is an intellectual game. It was quite easy for contemporaries to guess the encrypted message, but today not everyone can understand the true meaning of the depicted objects. Therefore, we will consider several areas of this genre with their inherent symbols. 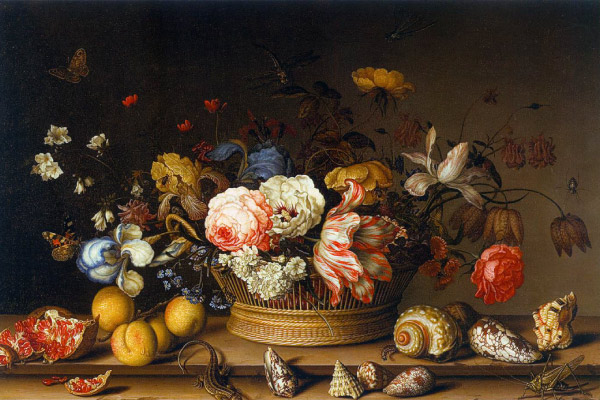 From the Gothic and Renaissance times many flowers acquired their own symbolism, which continued to exist in floral still life by Dutch masters. So, for example, at the bottom of the composition they usually depicted dry, fallen or withering petals and inflorescences, denoting the frailty of the material world. Wildflowers placed in the center symbolized the purity of the soul, and lush roses or carnations – vanity and a thirst for wealth. The most beautiful flower was usually placed at the top, as a sign of hope for the salvation of the soul. 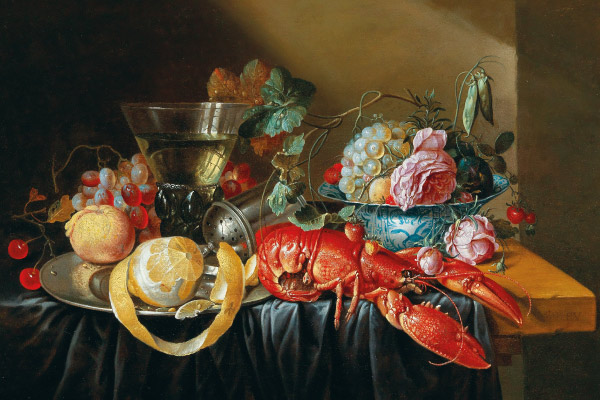 In this direction, not only products or dishes, but even crockery had its interpretation. Thus, a knife carelessly left on the table became a symbol of betrayal, and a bottle was a symbol of drunkenness. A glass vessel, like a vase, signified the fragility of human life, and silver dishes personified wealth.

Almost every product had a hidden meaning. Below we have presented a small selection of the most common symbols: 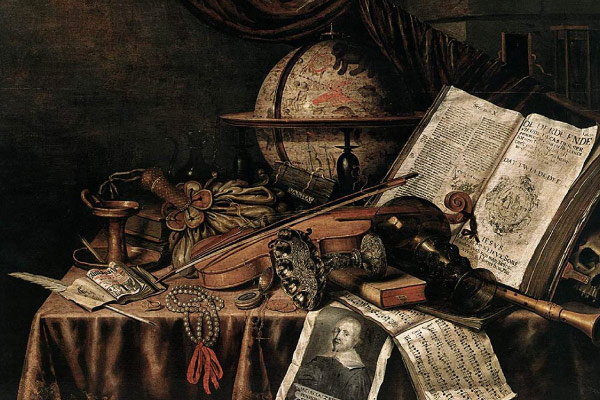 From Latin the name of this direction is translated as "vanity of vanities". Its main message was to depict the corruption of everything earthly and the transience of life. Books, scrolls, watches, musical instruments and pipes were often depicted here. Also, one of the main symbols has become a human skull, reminiscent of the mortality of all living things. However, the ears or ivy entwining the skull spoke of the soul rebirth and its salvation. And by the middle of the XVIIth century, such a symbol became an integral attribute of this direction. 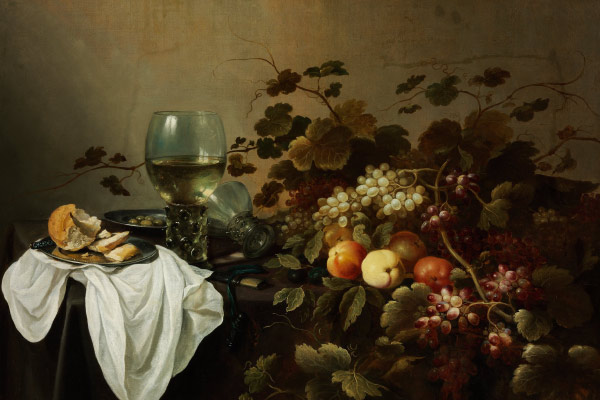 In addition to the hidden symbols, the technique of painting in the Dutch still life also requires special attention. After all, the masters with particular accuracy depicted objects that seem to come to life in front of the viewer. They achieved such a fantastic effect thanks to a multi-layer paint application technique, which includes the following methods:

Using this technique wisely took a lot of practice and time. Perhaps that is why the Dutch valued paintings quite highly and tried not to deny the pleasure of decorating their home with a work of art.

A small painted tile caused quite a stir among the scientists of the art world. This is because some scholars believe that the recently discovered work is Leonardo da Vinci's earliest known work

Paintings hold the secrets of the creator. Sometimes we manage to solve them, but many of them continue to be riddles, or simply stay unnoticed.

Struchaieva Art at the exhibition Romantica, Shape of my Art

Contemporary art gallery M.A.D.S. is organizing an exhibition Romantica, Shape of my Art, where my artworks will also be presented. 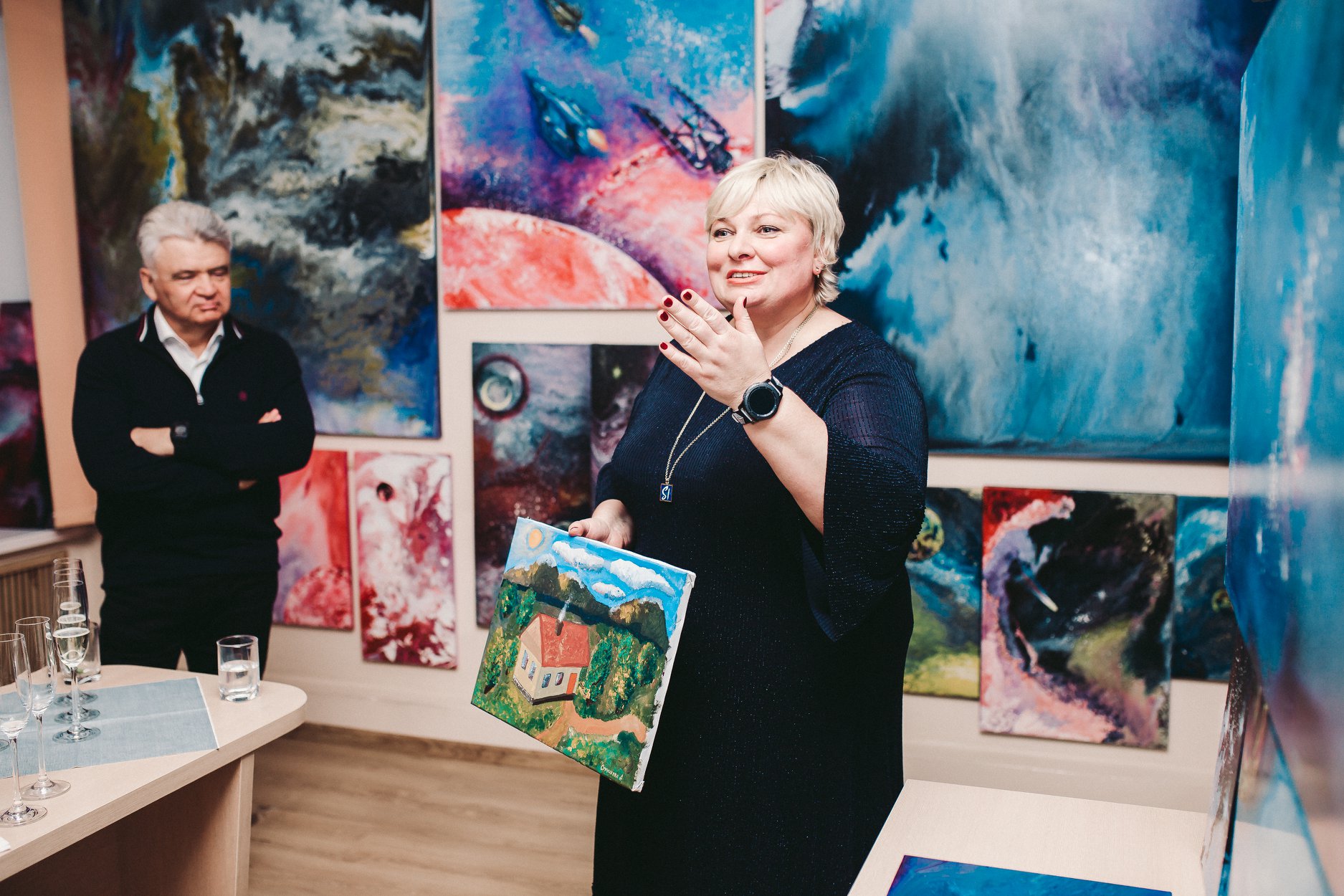 Exhibition in the Struchaieva Art Workshop

Registration for visiting the exhibition

Thank you, your application for visiting the exhibition has been successfully delivered!

Thank you, your review has been sent successfully.

It will be posted on the site after moderation.